Explore two Scandinavian capitals independently, travelling from Copenhagen to Stockholm by train. The two cities are connected by the engineering wonder that is the Oresund Bridge, one of the world's longest bridges. Enjoy sightseeings by boat and bus in each city.

Upon arrival, make your own way to Hotel Alexandra or similar and check in for three nights. Remainder of the day at leisure. Copenhagen is one of the best small cities in the world. With a history that dates to 1043, the city is full of cultural landmarks, beautiful and significant buildings, charming waterways, interesting sights and museums. Walk down the shopping street Stroget, visit the Nyhavn area of lively bars and restaurants and sample some of the famous new Nordic Cuisine! 3 nights at Good Morning Copenhagen Star (3*) or Hotel Imperial (4*) or similar.

Today enjoy city sightseeing by canal boat. Cruise around the harbour and through the idyllic canals where you will hear stories about Copenhagen's beautiful churches, castles, listed houses, modern architecture and many other sights. During the tour you will pass: The Opera House, the Little Mermaid, Amalienborg Palace, Amaliehaven, Christianshavn, Our Savior's Church, the Black Diamond, the National Museum, Gammel Strand, Christiansborg Palace, Holmen's Church, The Old Stock Exchange, and the National Bank.

Day at leisure or time for an optional excursion.

Day 4 Copenhagen to Stockholm by Train over the Oresund Bridge

This morning, make your own way to Copenhagen central train station. Depart Denmark by train bound for Sweden and its charming capital Stockholm. The two cities are connected by the engineering wonder that is the Oresund Bridge, one of the world's longest bridges. After crossing the bridge, travel across the lovely landscape of the Swedish countryside, via Malmo, situated on the coast and directly opposite Copenhagen over the Kattegat Straits. Make your own way from Stockholm central train station to your hotel. 2 nights at First Hotel Kungsbron (3*) or Clarion Sign Hotel (4*) or similar.

Today enjoy city sightseeing by bus through the city's districts, past famous buildings and landmarks. Remainder of the day at leisure or time for an optional excursion.

This tour can be done in reverse, or add more nights and other guided excursions:

Copenhagen - Hey Captain Canal Cruise 1hr (daily Feb - Nov)
Explore the wonderful city of Copenhagen, by cruising through the canals with a drink in your hand. Your captain will tell you memorable stories as he guides you through the historic centre of Copenhagen. During the tour your captain will take you around for 60 minutes, and show you all the most interesting sights of the city from the harbour. NB: Boats fit a maximum of 12 guests. Convertible roof and blankets for cold or rainy days. Rosé included.

Copenhagen – Panorama Tour by Bus 2.5hrs (daily, early May – mid Sep)
See the most popular sights including Tivoli, Amalienborg Palace, the Royal Danish Opera with its splendid panoramic view, the Danish Parliament Christiansborg, Islands Brygge and of course the Little Mermaid. Stop at Amalienborg Castle, experiencing the changing of the Royal guards and photo stops at the Little Mermaid and the Royal Danish Opera.

Copenhagen - Royal Castle Tour 6.5hrs (daily, early May – mid Sep)
Visit the fabulous Frederiksborg and Kronborg Castles, with a photo stop along the way at Fredensborg Castle. This is a great way to see the countryside to the north of the city as you travel through the Danish Riviera, with views across the Oresund Strait to the coast of Sweden. The first stop is Hillerod and magnificent Frederiksborg Castle, including the Chapel of Orders, Knight's Hall and the National History Museum's Royal Art Collection. Continue to the Royal summer residence, Fredensborg Castle, for a brief photo stop. Next stop is at Helsingor (Elsinore) to visit impressive Kronborg Castle, the setting for Shakespeare's Hamlet. It was built between 1574 and 1585 to protect Danish interests and to collect tolls from ships passing through the narrow strait. Then return to the city.

Copenhagen - Footsteps of the Vikings Tour 5.5hrs (daily, early May – mid Sep)
Discover Danish history: the Viking Ship Museum, the Roskilde Cathedral and Lejre Museum. At the Viking Ship Museum, see original Viking ships. At the UNESCO listed Roskilde Cathedral you will hear stories about Viking kings. Visit the Lejre Museum, located in the national park Skjoldungernes Land, where you will taste the Viking drink mead. Also explore one of the best kept burial chambers from around 3000BC.

Copenhagen - Magnificent Malmo Sweden Tour 6hrs (daily, early May – mid Sep)
Since the building of the spectacular ‘Oresund' Bridge, connecting Denmark to Sweden, the city of Malmo has become one of the most popular destinations to the inhabitants and visitors of the Copenhagen area. You will find a wealth of cultural attractions, including the Museum of Contemporary and Modern Art. Upon arrival in Malmo our local guide will give you information about some of the attractions to see and places to visit. Time to explore the city on your own and a beautiful boat tour through canals and under bridges.

Stockholm – Under the Bridges of Stockholm by Boat 2.15hr (daily, mid Apr – early Nov)
Travel under fifteen bridges and pass through two locks connecting the Baltic Sea with Lake Malaren. Pass many of the city's sights as you slide by the different parts of Stockholm. Out the window you will see the inner city, Old Town, the islands Sodermalm, Lilla and Stora Essingen, the new area Hammarby Sjostad and the green areas of Djurgarden.

Stockholm – Royal Canal Tour by Boat 50min (daily, early Apr – mid Dec)
Depart from Stromkajen in the centre of Stockholm going out through the peaceful Djurgarden Canal. Pass beautiful and famous buildings, with a fabulous view of the Stockholm skyline – only to be seen from the water.

Stockholm - Drottningholm by Boat 5-7hrs (daily, late Mar – late Oct)
Drottningholm is situated on an island in a small inlet of Lake Malaren. A magnificent turn of the century ship will take you from central Stockholm out to the royal residence Drottningholm in one hour one way. The journey itself is a great way to experience Stockholm and its surroundings from the water. The Drottningholm Palace is on UNESCO´s World Heritage list. It is the most well-preserved royal castle built in the 1600s in Sweden and at the same time is representative of all European architecture for the period. The Chinese Pavilion is a remarkable treasure in the majestic grounds of Drottningholm. The Chinese Pavilion was built in the middle of the 1700s, a period in European history when chinoiserie was the height of fashion. Entrance included. The tour is not guided.

Stockholm – Nordic Food Walk 4hrs (Mon-Sat, all year except National holidays)
The many and diverse market halls are perfect examples of classic and modern cuisine. Visit Gamla Stan and Ostermalms Saluhall to indulge in authentic Swedish gastronomy and visit some of the trendiest dining places in town. The walking distance is 4km, at a leisurely pace with Fika, samples and sitting along the way. 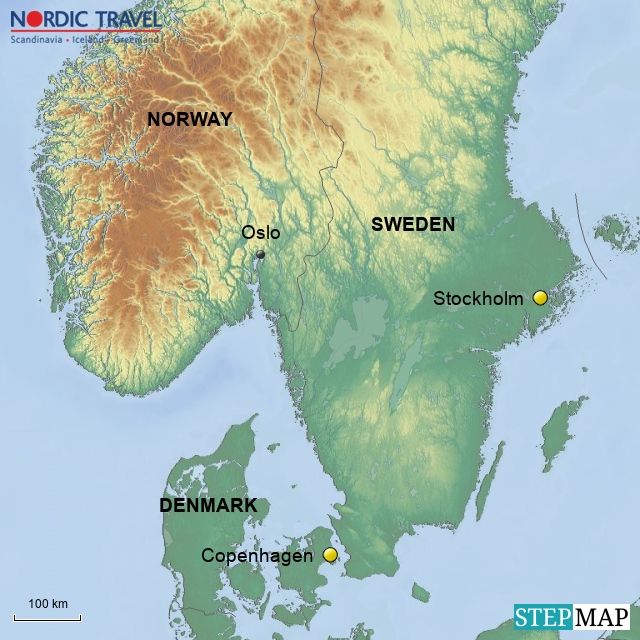 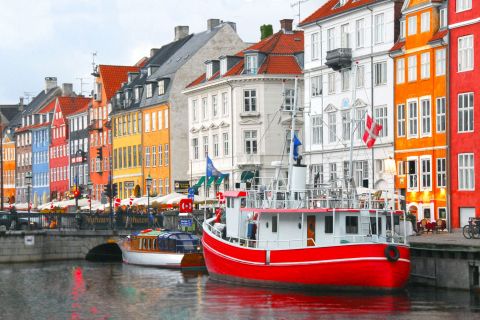 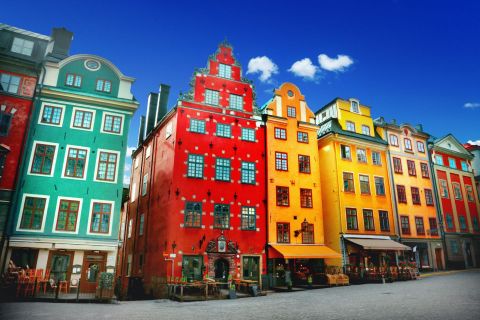