Enjoy an unforgettable New Year's Eve in Arctic Norway on the Malangen Peninsula. Spend two nights in Tromso, the charming city north of the Arctic Circle, and enjoy a search for the Northern Lights here. Then travel to the beautiful Malangen Resort in the countryside, which is surrounded by mountains and fjords. Start the New Year's Eve celebrations with a Gala Dinner followed by a fireworks show at midnight. After two nights in Malangen in a stunning seaview apartment, transfer back to Tromso.

Upon your arrival into Tromso Airport you will be transferred to your hotel. Tromso is renowned for being one of the best places on the planet to observe the amazing Northern Lights or Aurora Borealis, as it is situated right in the middle of the Northern Lights zone. And despite of being so far north, Tromso enjoys a moderate climate, with the average temperature in January being -4. Time to explore. Perhaps visit the Arctic Cathedral for it's daring architecture, the Polaria Aquarium (don't miss the Northern Lights & Spitsbergen Arctic Wilderness films), the Polar Museum to learn about the role Tromso has played in Arctic exploration, and the MS Polstjerna, a well preserved sailing vessel from 1949. Two nights in Tromso at the Clarion Collection Aurora Hotel or similar.

Today maybe take the cable car up to Mount Storsteinen and enjoy the fantastic panoramic view of Tromso and its surroundings, visit one of the several excellent art museums, or sample some local beer at Mack Brewery, the world's northernmost brewery with guided tours that take you through 130 years of beer brewing history. This evening, make your own way to the nearby meeting point (the Scandic Ishavshotel) for the start of tonight's Hunt for the Aurora. Travel by mini bus on a search for the magical Northern Lights. With good local knowledge your guide will take you to the best area for possibly sighting the lights and for great scenery, and you'll hear interesting stories about the Northern Lights, both the science and the folklore. At the conclusion of the tour make you own way back to your hotel. 2nd overnight in Tromso.

This morning you will be transferred to the Malangen Resort, about an hours drive from Tromso. This modern hotel has a idyllic waterfront location on the picturesque Malangen Peninsula. Day at leisure in the resort or join one of the optional excursions such as a husky safari, cross country skiing, or snowshoeing. Or rent a Fat Bike and have some fun in the snow! This evening, perhaps start the New Year's Eve celebrations at the hotel's Naust Pub, before heading to the restaurant for a grand 5-course gala dinner, accompanied by live music and followed by a midnight fireworks show. Happy New Year! Two nights at Malangen in a sea view apartment, located overlooking the coast so you can awake to the relaxing sound of waves gently lapping just a few metres away.

Day at leisure to relax, or join another of the optional activities offered at the resort - Sami Storytelling, a full day snowmobile trip, or an evening hunt for the Aurora Borealis. Dinner and 2nd overnight at the Malangen Resort.

Breakfast at the resort then transfer to Tromso Airport and end of arrangements. 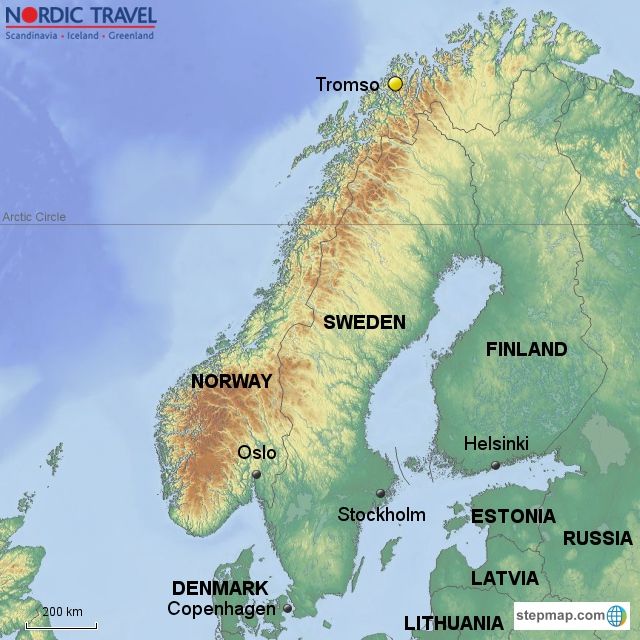 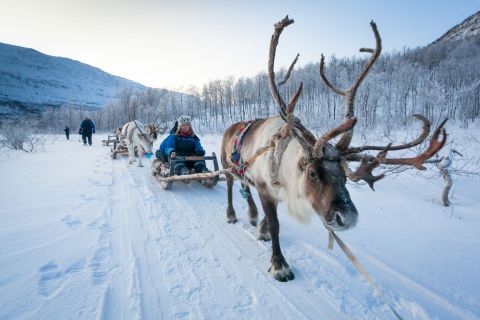