Cruise by ferry from Helsinki to magnificent St. Petersburg, on to medieval Tallinn, historic Stockholm and then back to Helsinki. Enjoy three days in St. Petersburg, without needing a Russian visa and three nights on board the ferry.

Make your own way to the ferry terminal in Stockholm, for the evening departure at approximately 17:30hrs. Overnight in an A Class outside cabin, including a buffet dinner, with sole use of the cabin.

Arrival into Helsinki at around 11:30hrs; disembark and time at leisure. Perhaps visit Senate Square, Uspenskij Cathedral, Parliament House, Finlandia Hall, the New Opera House, Sibelius Park & Monument, Church in the Rock and the harbourside fish stalls and markets. Then make your own way back to the ferry wharf for the departure at approximately 19:00hrs. Overnight in an A Class outside cabin, including a buffet dinner.

Breakfast on the ferry then arrival into St. Petersburg at approximately 09:00hrs. Disembark, meet your guide in the terminal and enjoy a panoramic city tour featuring the city's major highlights - the Admiralty, St. Nicolas Cathedral, Palace Square, St. Isaac's Cathedral, Smolny Convent and a visit to Peter and Paul Fortress. At the conclusion of the city tour you will be dropped off at your hotel, where you will stay for two nights. Tonight, an optional folkloric performance is offered.

Breakfast at the hotel is followed by your further choice of a guided excursion to either Catherine's Palace in Pushkin, a spectacular former Imperial summer residence with the extraordinary Amber Room, OR Peterhof Summer Palace, a magnificent ensemble on the Gulf of Finland, built for the Russian Tsars in the 18th century, with enormous parks and beautiful, gold fountains. (Please note the fountains only operate from May to August). At the end of your chosen excursion, you will be transferred to the ferry terminal to board the ferry, departing St. Petersburg at approximately 19:00hrs. Overnight in an A Class outside cabin, including buffet dinner, with sole use of the cabin.

Breakfast on the ferry before your early arrival into Helsinki at approximately 08:00hrs. After disembarkation in Helsinki, your tour arrangements conclude.

The programme may be adjusted due to varations in the opening hours of the palaces and museums in St. Petersburg and minor changes to the ferry timetable. 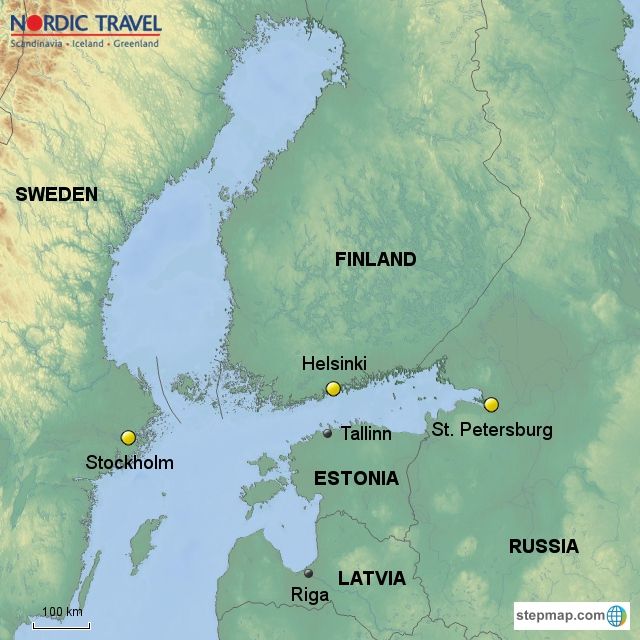 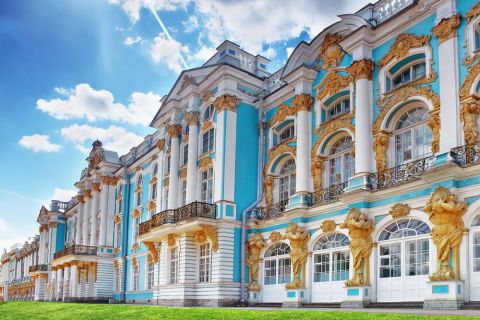 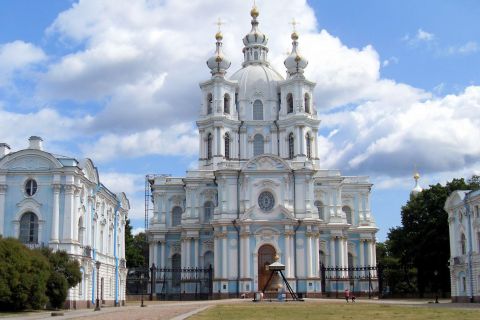 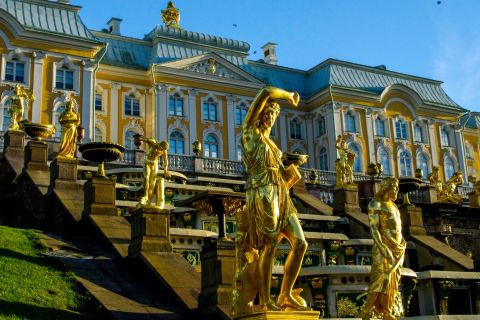 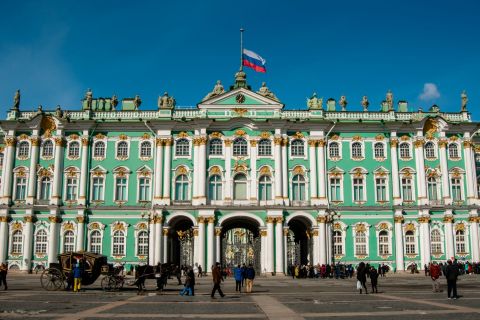 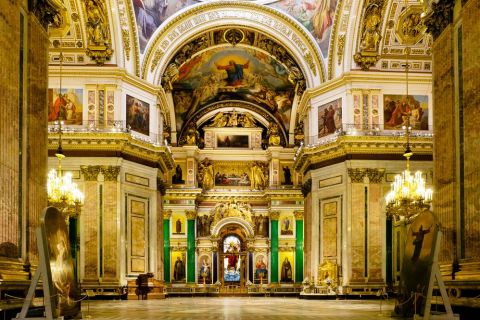